Second pair of socks officially finished and improvised pattern documented.  Now I'll admit that I can often get ahead of myself and dive in at the deep end when it comes to doing something my way before truly understanding it by having done it the professionals' way enough times... Like the time I decided to get stuck right into my first quilt after barely even flicking through a quilting book, or like the time I first tried ribbing (on Day 1 of teaching myself to knit), without actually having read the part saying that you need to move the yarn to the front of your work before purling...  So naturally, after having followed a pattern for my first pair of socks, I had to wing it for my second pair.  And this time I'm very happy with the result.  So here it is: 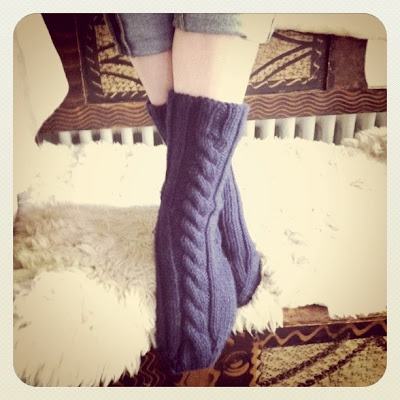 
NB: This pattern is slightly different for the left and right feet so they are a mirror of each other when worn.  Please start with the left foot and make sure to follow the right foot instructions for the second sock!

Size:  Adult - one size fits most - pattern indicates where length of foot can be lengthened or shortened.

Continue knitting around as normal for a further 25 rounds.  At this point you can make the sock bigger or smaller depending on the finished size desired by knitting more or fewer rounds.  The toe decreases measure just over 2 inches, so be sure to stop knitting when the sock is 2 inches shorter than your foot.

Sew in tails with your yarn needle and all done! 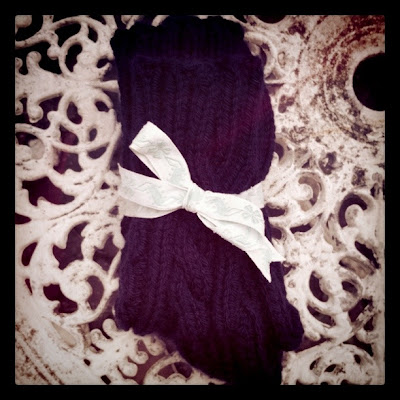 I love hearing your thoughts, and if you have any questions at all, I will reply to them within these comments - so please be sure to check back to get your answer!