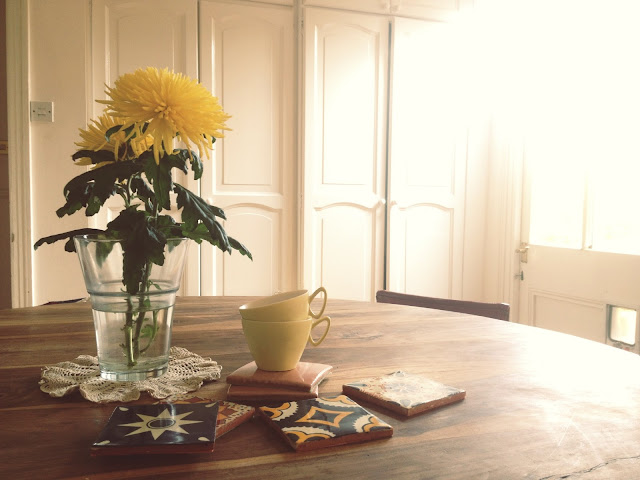 I have a bit of an obsession with tiles. Especially Islamic, Art Nouveau & Mexican tiles. A bit like my obsession with fabric I suppose: I would (and do) hang fabrics on my walls as if they were works of art. And since tiling most of my kitchen a la Mejicana, I thought it only fitting to put the leftover tiles to good use. It's like I always say - a beautiful dress should always have a matching cushion case. In this case, a tiled kitchen should have its matching coasters. Here's how:
Get some tiles. Get some felt. Get some glue (I like UHU).
Cut felt to match tile.
Stick felt to bottom of tile using glue.
Now make a dress and use leftover fabric to make a cushion cover.
Result: you're at my house. 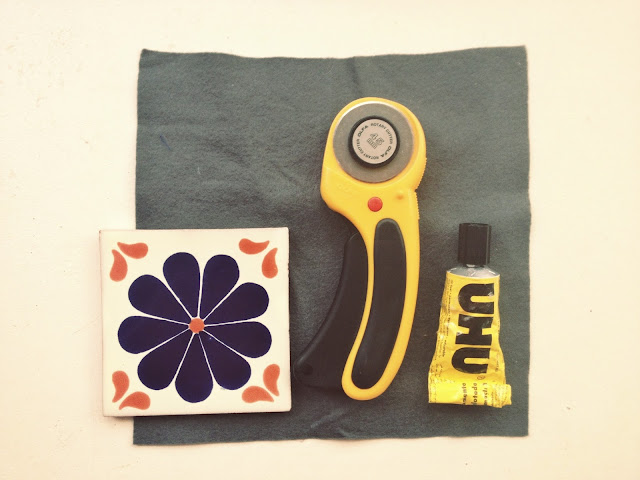 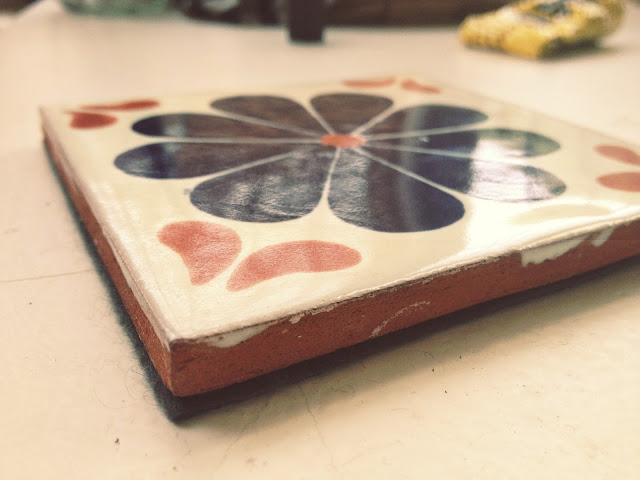 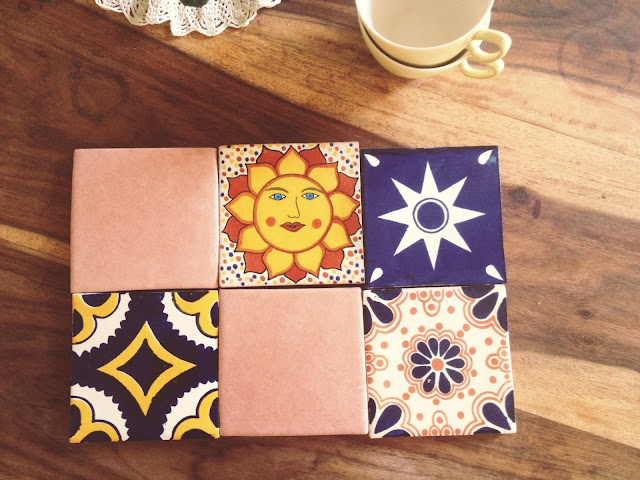 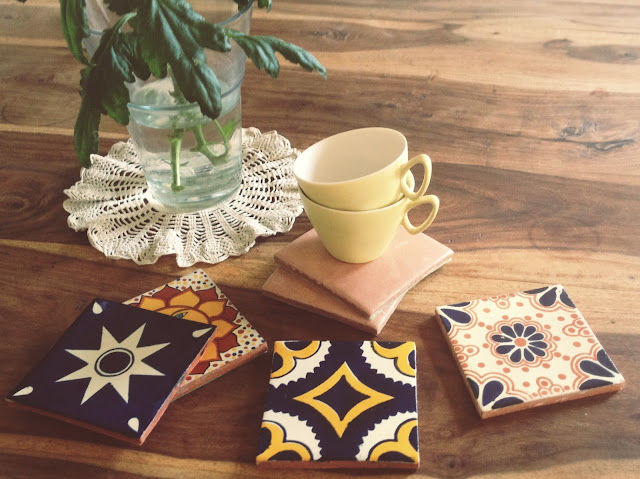 Gifts that keep on giving...

It was one of those truly touching moments back in June when I received a squishy parcel in the post containing a generous metrage of a certain Aztec cotton jersey from a certain generous with a capital G fellow blogger friend - yup, none other than Marie of A Stitching Odyssey. Wanting to make the most of the beautiful print, I immediately made up a floor sweeping 1/4 circle skirt. I still had a little leftover which went back into my stash with modest hopes of one day becoming either a top along the Renfrew or Dixie lines, or simply another breezy mini skater skirt or something... But apparently the Stitch Fairy had other plans - and somehow I managed to get a whole dress out of little over a metre! And I still have leftovers!!?!! Marie... what did you send me? The fabric that never ends??? BLESS YOU. 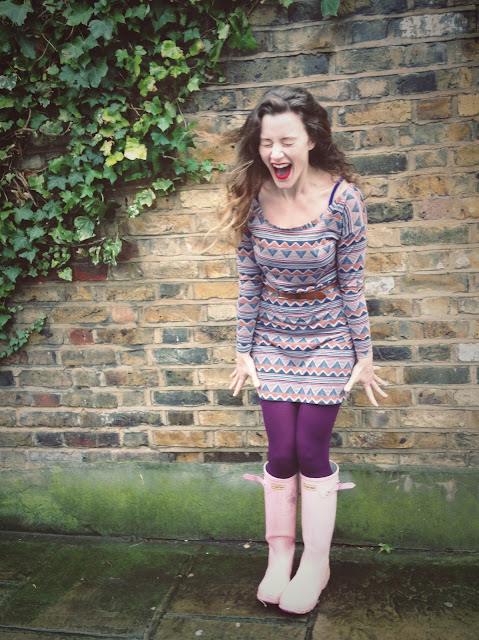 If you follow me on Instagram @elisalex you will have already seen this picture of me freezing half to death...

The dress is just another variation on a very simple self drafted bodice - previously made up with a dipped hem skirt, 1/4 circle maxiskirt which was later re-made mini due to some unfortunate machine inflicted shrinkage - and this time with a straightish miniskirt that kind of goes up at the side seams a bit like a mannish shirt... What's that even called?? I feel like it's on the tip of my tongue here...

I actually made this dress way back in December, along with a fair few other as of yet unblogged makes. I'll get to it eventually, I promise! But I'm afraid the By Hand Blog comes first - especially with exciting things like sewalongs and new patterns coming soon...! 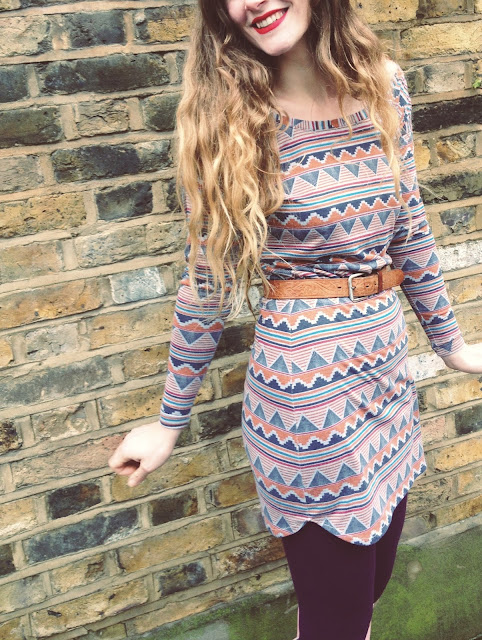 It's only now looking at these pictures that I've noticed the stripe matching at the side seams - not at all perfect by any means - but pretty good considering it wasn't even done consciously. I'm sure this isn't the last we'll see of the Aztec jersey. In fact, I don't think I'd be alone here in guessing that Marie is actually, and not so secretly, the Stitch Fairy herself!!!