There's nothing quite like a cute, cosy hat for your kid that knits up super fast to make you feel like the queen of domestic productivity.  So good, it had to be shared. 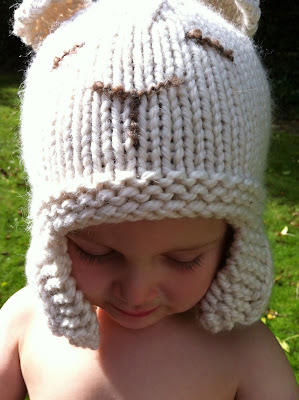 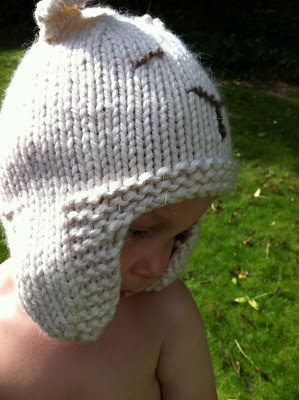 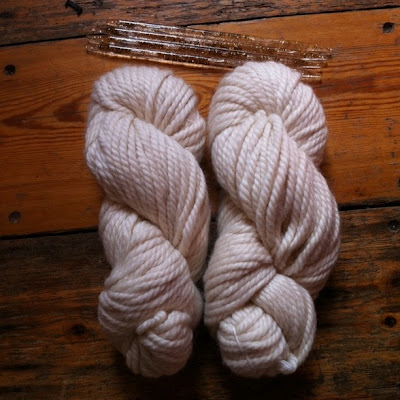 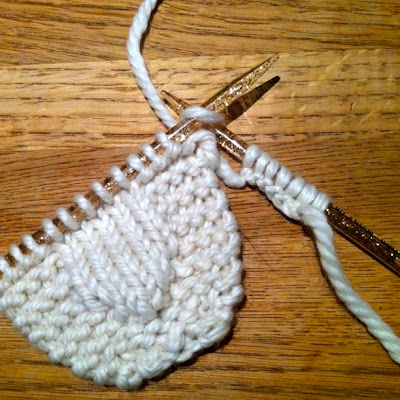 Knit 11 sts from one ear flap, then bring in another DPN to knit the remaining 2 sts. 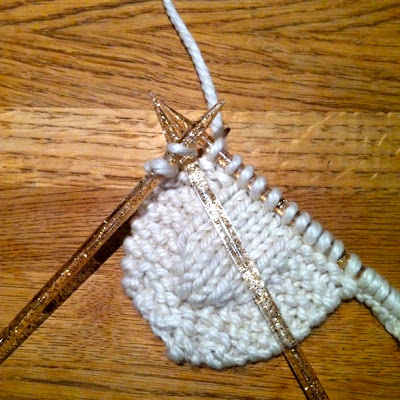 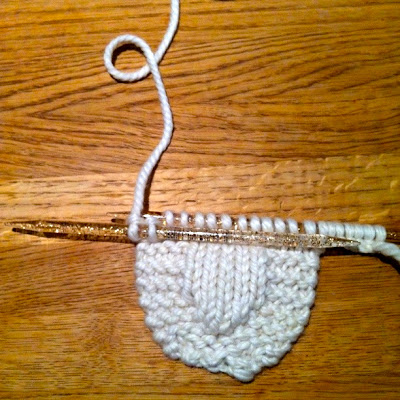 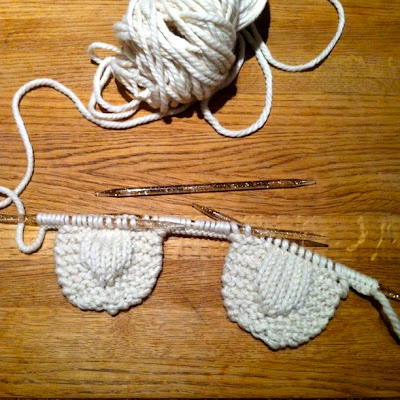 Join, being careful not to twist sts, to begin working in the round (you will have 54 sts altogether; 18 on each needle):
rnd 1: purl, knitting the 5 knit sts in ear flaps.
rnd 2: knit.
Rep rnds 1 & 2 3 times, then cont knitting in st st until hat measures 5" deep.
Crown ~
Prepare to decrease like this:
k9, place SM, k remaining 9 sts from needle.  Rep this on each needle, so you have 3 SMs in the centre of each needle. 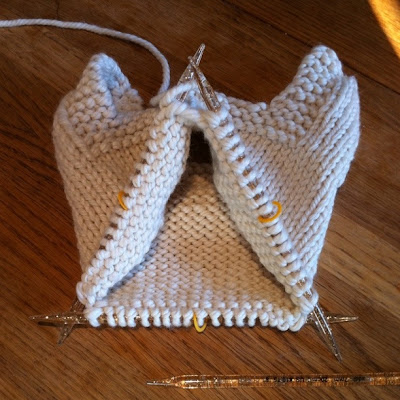 Decrease ~
rnd 1: k until 2 sts remain before SM, k2tog, k until 2 sts remain on needle, k2tog.
rnd 2: knit.
Rep rnds 1 & 2 7 times altogether, until 12 sts in total remain.
Cut yarn leaving a 5" tail.  Thread this onto a yarn needle and slip each st purlwise, pulling tight to close the hole.  Secure and sew in all loose tails. 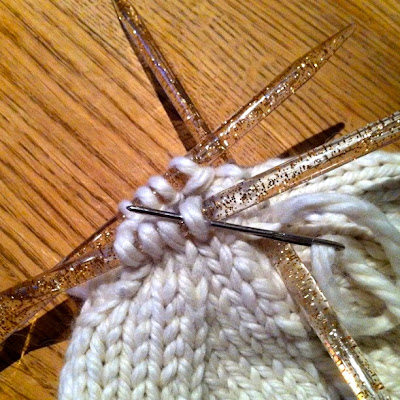 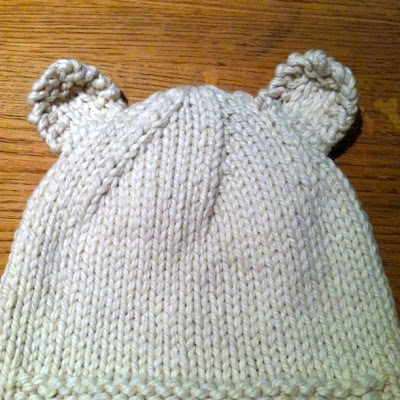 Using your scrap of brown yarn, embroider the sleepy bear eyes and nose - either copy how I did it using the picture as a guide, or make up your own. 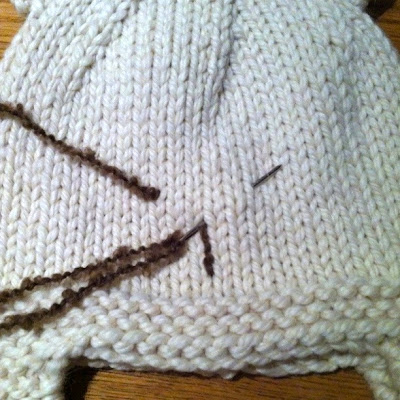 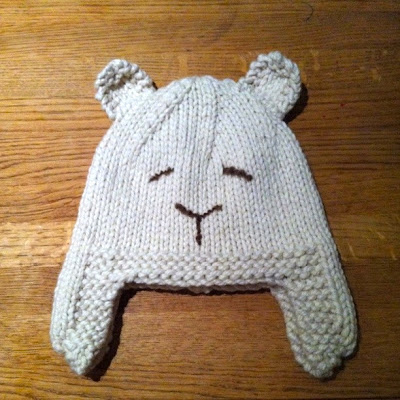 All done!  And now I might just make a whole family of these... And try out various ear-style possibilities...
Posted by Elisalex at 13:38

I love hearing your thoughts, and if you have any questions at all, I will reply to them within these comments - so please be sure to check back to get your answer!